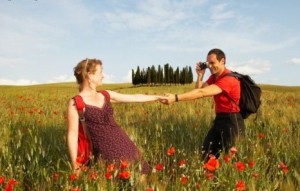 The boys at the Lodge

Tottenham Hotspur have signed up to the 10:10 environmental campaign to reduce carbon emissions.

This new campaign, launched on Monday, has a simple aim: we all reduce our carbon emissions by 10% in 2010. Spurs are founding participants, currently the only major club to back the scheme so publicly.

Full details of the campaign can be found here: http://www.1010uk.org. It’s a sound idea. Instead of fretting every time we see a David Attenborough documentary about polar bears falling into the ocean because the Arctic icecap is melting faster than a Mivvi in a three year old’s hand, we can all do something practical about it. Households, companies and football clubs unite. World leaders may be making earnest but totally unrealistic promises at various summits (it’s OK, behind their backs they had crossed their fingers. Feynights!!) but We the People can start right here right now.

This could mean changes at the Lane. No doubt Peter ‘Crusty’ Crouch will be off to join the peace camp on Blackheath, whilst David Bentley will trade in his Porsche for a Prius. Oh no, hang on, make that the number 57 bus, at least for another year. Harry is committed to turning off the heating in his manager’s seat on the bench, and training will be suspended as the boys gambol through green meadows, lace daisies in their hair and call each other sister. Wilson has undertaken to run only 37 miles every match. If only Keano could be re-classified as the N17 windfarm project and harnessed to the National Grid, then his arm-waving might actually achieve something.

The 10:10 campaign is an entirely laudable and worthwhile project and all credit to Tottenham for being in the vanguard. Football clubs are rightly castigated for their lack of involvement in the wider community but this is just one example of several over the past few years where Spurs have demonstrated a sense of their wider responsibilities. They were among the top givers to charity amongst clubs in figures released last year (far above the Arse), they are actively involved in local projects for children and young people with a disability and their education project greatly assists local children.