Just a fantastic day, one for celebration and delight rather than analysis. I cannot recall a 45 minutes of sustained joyous brilliance like it, a whirlwind of marvellous passing, electric shooting and outstanding athleticism.

Less a football match, more an exercise in physical and psychological destruction, imagine what the total might have been if we had actually played for the last 30 minutes of the first half, instead of sitting back and allowing Wigan to ease back into the match. Come on, be honest: at half time how many of you said this was typical Tottenham, letting our advantage go to waste? The Bloke Behind Me confidently predicted one-one.

Remember the way the old teleprinter on Grandstand would chatter the big scores, giving the figure and then the word in brackets, lest anyone think an error had been made. Tottenham Hotspur 9 (nine) Wigan 1 is how I shall hold this victory in my memory.

I saw the 9-0 against Bristol Rovers but as I’ve said elsewhere, I don’t recall that as being an exceptionally good Spurs performance. What was different about yesterday was that every goal was fabulous. Not a deflection or scramble amongst them.

It was as if the forces that hold the cosmos in equilibrium decided that the Tottenham Yin and Yang needed squaring up, but rather than do so over the course of a season or two, they squeezed the reckoning-up into 45 minutes. To make up for all those moments of hand-wringing, hands clasped to face in horror or utter derision, everything worked. The mental aberrations and Laurel and Hardy pratfalls, the late comebacks and underserved breakaway deflections, balanced out in one fell swoop on a chilly November afternoon. The earth is spinning more smoothly on its axis, don’t you agree? Although it might have been nice if Bentley could have saved the one decent free kick since goodness knows when for the winner against Chelsea or United.

The fact that Defoe scores five and I’m not sure if he was Spurs’ best player says something about the quality of the second half onslaught. Earlier in the season in a match report I remarked on JD’s progress. He has bags of natural talent but not the football nouse that delineates the good finishers from the great. Or so it used to be. Against Hull he moved better, one touch for control and the second for the strike, and yesterday showed how far that development can take him. His running and positioning was canny (granted Wigan gave him enough space but he took full advantage) and his finishing was deadly. Twice he took the ball too wide, or so I thought, twice he found the net, unerringly into the corners, keeper a tangle of limbs.

Through-balls and crosses, they were all the same in this display of the art of finishing. This is what he can do if given the service – all afternoon he was able to run onto the ball rather than have his back to the goal. Credit to Crouch, who bewildered his markers by coming off the back four into no man’s land where he was not picked up. Mind you, it did not take much to befuddle Titus Bramble, bless him. Plaudits also to Harry, who insisted in the second half that our runs started higher up the pitch, thus exploiting Wigan’s lack of pace in defence, just as we did against Burnley.

Our 4-4-2 looked right, a brave decision to leave Keane on the bench but absolutely the correct one. However, who needs tactics when all you have to do is give the ball to Lennon. It still took us 45 minutes to work that out but poor Wigan never quite sussed it. Even right at the end of the game, we were still passing the ball wide right to Lennon or Defoe and they were still leaving them all alone. They were great passes, though. 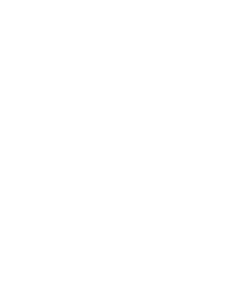 Lennon produced a scintillating performance of classic wing-play, harking back to the golden years of Jones and Robertson, although neither were as quick as he is. In the first half he loitered on the wing, feeding on sweeping cross-field passes from Huddlestone and Kranjcar, whose abilities mean we can change the point of attack quickly and opposition defences can never therefore be at rest. After the break his diet was supplemented by telling through balls, but these days it is all meat and drink to him. No longer does he dwell on the ball, twisting hither and thither because he can’t make up his mind, nor do crosses sail aimlessly into Row Z. He can pick out a man, cut to the by-line or switch inside. A remarkable achievement for one who is still comparatively young, and an absolute credit to the coaching staff.

But what is most memorable is just how thrilling this was. When he came onto the ball, I held my breath and rose from the seat in genuine expectation and excitement. Something would happen but you didn’t know exactly what, and there’s the beauty.

Wilson stayed back and Tom went forward, that’s the natural order of things. The stand-out for me was Kranjcar’s superb midfield creativity. He displayed the complete array of skills: impeccable first touch, the vision to see the ball early and inch-perfect weight of pass to deliver. Deft flicks, through-balls or 50 yarders across the pitch, they were all the same, all performed with the nonchalance brilliance of the top class thoroughbred. I adored that cross from the left in the second half, caressed early with the outside of his right foot, or the flick over the hapless opponent’s head late on, followed by a run into the heart of the box.

I’m enjoying this so much, I’ll leave to another day the debate about how we shoehorn all this talent into the team, but suffice to say that Woodgate had to have a strong word with him about his failure to pick up Scharner’s runs into the box, one of which led to the handball, sorry, goal, a defensive shortcoming which better teams would have punished more severely.

I ended the game with a sneaking admiration for Scharner. He kept going for the whole match as his team-mates disintegrated around him, still making runs, still trying to get something out of the game. He had the front to look the Shelf right in the eye when given the bird towards the end of the match (you can’t put your heart and soul into abusing a bloke who was seven goals behind at the time, even if he is a cheat) and straight-faced hold up his right hand. I’d invest in that bloodyminded attitude for our midfield – shame about the talent.

A few minutes from the end, I managed to draw breath and it started to sink in. That bloke in Worcester Avenue, laughing uncontrollably, that was me and I’m chuckling still. It’s a feeling that won’t go away for a good while yet and I hope you had as much fun as me.

13 thoughts on “Spurs v Wigan. Joy and Pain. Without the Pain.”