Win a copy of ‘Spurs Cult Heroes’ by Michael Lacquiere, known to the likes of you and I as the author of the fab blog All Action No Plot. 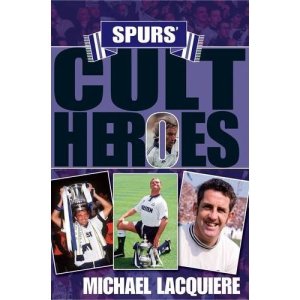 The stories of 20 fans’ icons, the book is often remarkable and always entertaining. I hope there’s not too much about fake boobs, though.

My first ever freebie as a blogger and I am giving you, dear reader, the chance to win it. Not that I haven’t been offered items, oh no, but selflessly I’ve turned them all down, keeping TOMM advert-free and as pure and innocent as a new born babe, with a bottom to match.

In order to send this to you in pristine condition, I’ve not been able to review it, although I might peek inside after buying a pair of those white gloves that David Dimbleby uses to handle medieval manuscripts or ancient maps with the land of the dog-headed men, now known as Chatham.  If it is half as good as the blog, then it will be the best read of the year.

To win a copy, answer these questions. Replies to tottenhamonmymind@gmx.co.uk, closing date next Wednesday March 31st at 8pm. First one out the hat wins. I’ve always wanted to pick a name out of a hat, you know. 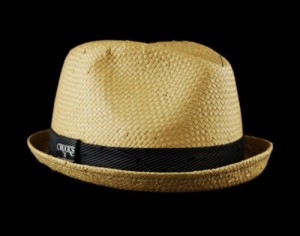 The Hat. Just think, your name could be in it this time next week...

Spurs have been blessed with many cult heroes, but can you identify three more that you so nearly adored but in the end they never quite made it. We were seriously after these players but the deals fell through.

2 thoughts on “WIN a Copy of Spurs Cult Heroes!”