Although I normally detest DIY, knocking down a brick wall in the garden today with a 14 pound sledge was curiously therapeutic. In such trying times, I’m grateful for small pleasures.

As Daws slipped, so our dreams were replaced with dread and disaster. 48 hours on, what rankles is not the pitch or the injustice – we were easily the better team – nor even the lost opportunity of another cup final. It is the realisation that fourth place, a proper tilt at our great London rivals and the glory promised by this momentous week is fast fading away. Weary legs and shattered morale is no condition for the eve of the Arsenal derby.

So who’s fit? I mean, really fit, not someone passed fit by the medics and written on the team sheet by an optimistic manager, but people who can last 90 minutes in the white heat of this bitter contest against one of the best teams in the country. Redknapp thought he could get away with it on Sunday. Play them for 60 minutes, we’d be a couple of goals up, replace them with someone else who could last the rest of the match. Or maybe he didn’t have much of a choice, and he may not tomorrow.

Word is that King is available. The plan to save him for Saturday and Drogba may be out of the window, or stick with Dawson and Bassong. Bendtner is (astonishingly) in a run of form and alongside Van Persie will pose a greater threat than we would have expected a week or so ago. Walker may not be risked at right-back so Kaboul could slide in there, but he may be required elsewhere. Benny may be on the left with Bale pushed forward.

Hud and Nico were both nursing leg injuries on the coach home. Kaboul is the obvious replacement defensively, alongside Luka. Led’s not mobile enough for this role these days. But wait, who’s this riding over the horizon? Jenas is reportedly fit, is this the moment for redemption in the eyes of a crowd who have become increasingly critical of his abilities in his absence? Spurs may not have passed him by after all. 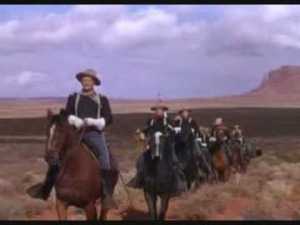 Jenas is third from the left

Up front I have no place for Crouch. Nothing personal, but his presence discourages the movement and invention that is required to beat Arsenal and Chelsea. Enough with the long crosses. Bentley, get in to the byline – Walker’s pace may help here, so let’s be bold. It has to be Pav plus one, Defoe if fit for me.

I know it’s not the done thing, and remember I have been hating them for longer than most of you who are reading this, but they’re good, you know. They also point up the crucial problem with our team. Redknapp is expert at grouping players who at their best will play to their strengths and dovetail into a team. They know their job and stick to it, which is why Harry’s players like him. In this strength, however, lies the problem also. There’s no flexibility, whereas our opponents have their team ethos and shape. Whoever comes in, it’s easy for them to fit in, whereas our performance suffers if one or two are at anything less than their peak.

The key to the match could lie down our left. If Bale, whether at full-back or midfield, comes forward he may push Walcott back and prevent his pace doing much damage. He’s not much of a defender either. But if young Theo keeps him occupied, then we are diminished as an attacking force. It will be a compliment to Bale if Wenger leaves him on the bench.

Redknapp said this week that in order to bounce back from the semi-final defeat, there’s no team he would rather meet than Arsenal. This is the dated media posturing of a man with his back to the wall, desperate to put a positive spin on impending doom. Anyone but Arsenal more like. Yet we don’t know the mood of the players. We shouldn’t project our own despondency onto the squad. In a manner worthy of my maturity of years and character, I reacted to the defeat in the normal way. Ignore all media, stick my fingers in my ears and sing ‘lalalala’. Eventually I read two newspaper reports, both of which were sympathetic towards us – we were unlucky. And if that is the mentality that the club take into tomorrow’s match, determined to make amends, then we are in with a chance. The sub-text to these reports was that there was nothing much to worry about. However, fans are clsoer to the true state of play that most journos. Our sub-text is that the semi revealed our chronic lack of resilience, in which case we could crumble under the pressure.

Honestly? I fear the worst. But we can rely on one man to give his all. Michael Dawson will be burning to make up for the cruel fate he suffered on Sunday. If even a fraction of his determination and application rubs off on the others, we’re in with a chance.

14 thoughts on “Breaking Rocks In The Hot Sun, I Fought Oh Never Mind”