No alternative, really. I had to go to the meeting. As the cosmic orrery whirrs inexorably into infinity, it’s hardly the equivalent of a supernova but it had to be done.

If it were just about me, no problem. In a heartbeat. Being there is all that matters and I would have put aside most everything else, just as I have for the last 40 or more years. This was about other people, however. I take my role as a trustee of a child care charity seriously, trying in my largely insignificant way to do the right thing for others. 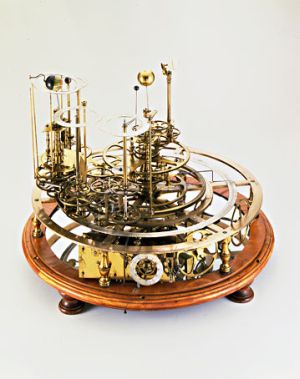 Can you see me?

As a reasonable, aware and generous character, I’ve accomplished a few decent things over the years but amongst the people who knew me best, my legacy will be one of broken promises, mind-numbing stubbornness and scarred relationships, all due to Tottenham Hotspur and being there. Weddings, of course weddings. Not actually been invited to that many, come to think of it. Friends living in sin, perhaps, or so dysfunctional that they can’t hold on to a relationship for long enough. Three invitations turned down, when I was younger. Maybe they just don’t bother asking any longer. As a teenager I dreamed of getting into the school team, or in the coach’s case a nightmare as I was rubbish. But my chance came, early season against the old boys.  Could have cemented my place for the rest of the season, but Spurs at home, not selected ever again. Dumped a group of kids in the hands  of two colleagues and walked 6 miles along a dual carriageway in the rain to get to the station, when we were in the old second division. Missed the start of a course that was vital to my professional standing at the time because Spurs were at home to Ajax. Rang in from a phone box to say I was ill, pretend cough and sore throat, I was 29 for goodness sake. And best not to think about a couple of women who swiftly lost patience. The natural blonde….oh well, best leave it.

Now many people have other stories about football fanaticism far more crazy than this. Feel free to confess in the comments section. But for me, it’s been about arranging my life to the best of my ability to be there. The course as above – I chose that one partly because it was interesting, mainly because it took place on a Tuesday and Thursday. In those days, children, an immutable law of the universe stated that Spurs played evening games on a Wednesday, the A’s on a Tuesday. T’was ever thus and evermore shall be so. And the thought of football on a Thursday, well, please. Rotas, duty systems, favours stored up for cover. But this was an appointment too far. It’s like I’ve let myself down. In a complex, ever-changing world of compromise and shallowness, a man has to live by some principles, and what is he if he lets slip the fundamentals? I despise myself.

Very pleasant it was too. Excellent company in a swanky restaurant. I know it was good because you could barely see the portions.  My sea bass was more like a stickleback. I made out I had not started out of polite deference, waiting for the other orders to arrive, but in fact I paused in expectation of vegetables that never came. What they termed a sauce, I thought was a smear on a dirty plate.

My son texted the half-time score. Regular updates would have been too much, the strain of waiting, anticipating a message that could arrive at any moment. Better for the nerves to wait until 8.35. Couldn’t even pick that up as I was sat next to the chair who chose that moment to begin the speeches.

So we say goodbyes and stroll back to the station. My companions  step left to the bus stop and I cross over to the tube. Then…I have to turn back. There’s still about 5 minutes left. 6 screens in the Wetherspoons on the corner, all showing Man U. Oh well. There’s another pub in the next street, 100 yards, may not be open in the City at night, quiet place, I’ve been in there before, pleasant but the lights are just a fraction bright. Just this one, give it a go.

Can’t see through the windows. May not even have a TV. Open the door, it’s reasonably busy, I register the reassuring familiar burble of a commentator’s voice plus a crowd roar. It’s us and we’re 3-1 up. There, in the corner of the screen, 3-1. I smile then in the few steps it takes to get to the bar I’m grinning manically. The barmaid was positively terrified that I was so delighted to see her.

I dimly clocked a Spurs shirt to my right but my focus was on the TV. I looked up, it’s Bale in the box, it’s in and the whole place goes mental. I’m slapping the backs of total strangers having been in the place for all of 50 seconds. It’s full of Spurs fans. Everywhere. The surge of  raw emotion, pent up and suppressed in the days leading up to this most vital of matches to the extent that I suspected the passion just wasn’t there any more, utterly  engulfs me. I swoon and sway in the ecstasy of victory, flooding over me, purging the heart and cleansing the soul. The roar is deafening and we’re dancing to ‘Glory Glory Tottenham Hotspur’ over the PA as the players troop off.

A couple of blokes by the door bring me up to speed. I watched every second of the drama when I got home but somehow I felt part of it all. So to the regulars of the One Tun in Farringdon, my sincere thanks for evermore. As good as I could get to being there. And in my case that’s the biggest compliment I can pay you.