Spurs deserved to win that one. Under pressure, fought back, superb goals, better team in the second half, almost held out.

Wolves deserved to win that one. Never let up, better team in the first half, probably overall, inconceivable how Hutton stayed on the pitch after the ref gave a penalty.

We should have taken it: hit the post, missed chances, Bale unstoppable when he came on.

Wolves got what they deserved, less maybe, kept making chances, no way Gomes was fouled for the disallowed goal, he threw it into his own net for chrissakes!

Oh I don’t know. You tell me. Reality is, that’s all true, every contradictory word. Wolves played exceptionally well but we had more than enough chances to bury the match, after two poor match-turning decisions went in our favour. But I’m starting again.

Two things are incontrovertible. One, it was an outstanding game, swinging this way and that throughout, drama, stunning goals and the outcome uncertain until the final whistle. Shame I couldn’t enjoy it then. This is because of the second point: our defending was abysmal. I have to admit, I like the idea of the football public characterising Spurs as the entertainers, the team to watch if you are a neutral. When we’re on Sky, I bet people make an effort to watch because one thing’s for sure, it won’t be dull. One reason for that is never mind the skill and verve of our attack, we’ve given up the art of defence in favour of some fifties throwback formation. Future matches will be covered in jerky-framed black and white, the players’ legs whizzing along and the fans throwing their flat caps into the air at every opportunity. Pass the rattle and thermos, mother, I’m off to the Spurs.

Pav Turns Away After Scoring. In My Head.

Wolves pulled them this way and that. Late in the game, chasing a precious win, first Gallas then Dawson were 70 yards from their own goal as willing opponents galloped into the wide open spaces behind them. The full backs were so far from the centrebacks, they were communicating by walkie talkie. Gomes made a couple of fine saves, one full-length tip round the post for a bouncing ball a potential match saver. Crosses were a different matter. He always looked shaky and under pressure chucked one into the goal, only for Halsey to be swayed by his pleading desperation. Whose heart does not melt at that innocent, pleading little-boy lost expression? Perhaps that’s what he works on in training, rather than catching the ball.

Harry’s renowned powers of man-management were on display again. Slaughter Hutton, let him know you don’t rate him and he’s off in the summer, then bring him back into the team and all is forgiven. Or maybe, just maybe, consider the possibility that shorn of all confidence it might affect the way he plays…  Hutton duly produced a performance of uniform awfulness that by the end was remarkable in its consistency. It’s not easy to get so much wrong for 90 minutes. Perhaps he was making up for the fact that he clearly should have been sent off for the foul that conceded the penalty. On that occasion, he was guilty of letting the man inside him. We’re all entitled to a mistake but not to repeat it, which he did for the entire game. Their runners come into the gaps in the back four. If the full back can see a man, he’s got to come across, surely. Hutton stood and gazed on, steadfastly marking space. To be fair to Harry, other players in Hutton’s situation have found the motivation when they have come back into the team through injury, whereas the Scot appeared disinterested. Unforgivable.

Amidst the joy of the Milan game, I soberly noted that the Corluka injury was highly significant. He’d come back into the team and we looked all the better for it, defending better and the Lennon/ Charlie link on the right was back in the groove. We’re really missing him. The same can be said for Kaboul, who not have given Wolves an easy ride.

Benny was better but still too far wide and in trying to retain possession gave it away too often with some poor decision-making. Gallas chose to have his worst performance for some time, uncertain and off the pace for the most part. However, it’s time to bore regular readers with my well-worn observations about defending as a team. in the first half, Sandro and Jenas didn’t pick up those loose balls at the edge of the area or do much to break up Wolves’ play in the midfield. The fact that they markedly improved in the second period only served to highlight our major weakness on the day. Wolves were more than willing to go wide because they had the freedom to bang in a series of crosses, which caused no end of trouble. They were beautifully judged and we were unable to handle them. Doyle unchallenged in the midst of our box for the first, the equaliser a classic far post header that I thought was down to good play on their part than poor defending. The player knocked it a yard to his right, out of Sandro’s tackling range, and delivered a perfect ball. 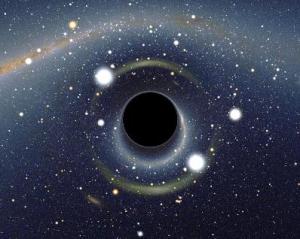 Our Defence Moments Before the Universe Implodes. I May Have Got That Wrong

Fact is, we did nothing throughout the game to stop that flow at source. Both our wide men have instincts that drive them inside. Pienaar was invisible, while Luka had a better second half. Neither prevented the flow of crosses that was our undoing. Later that evening, shattered, I dozed in front of the box. Brian Cox’s soft tones were taking me through the ultimate demise of the universe. As he spoke of the very atoms of the cosmos slowly becoming an eternal infinite nothingness, I dreamed he’d covered our defence on MOTD 2.

The amazing thing is, well though Wolves exploited our frailty, we could have easily won the match if we hadn’t determined to avoid all goals that were not possible Goal of the Month candidates. JD and Pav queued up for twenty yard thunderbolts, although that’s doing Defoe’s second an injustice, because that was a top class finish. Luka and others had been studying L’arse and were determined to have 25 touches in the box before even onsidering a shot. What a waste. All the talk of JD| breaking his duck and then the floodgates will open, the same can be said for Luka lately. He badly needs one to go in to encourage him to shoot more often.

Full credit to Defoe for a fine performance. He and Pav combined well – one went wide whilst  the other  stayed in the centre. Sometimes off-form strikers work too hard for the team in an effort to make up for the lack of goals. This is counterintuitive: they are selfish beasts at heart. Defoe is so much a confidence player – this should do him good. The same can be said for Pav – neither have technique to be relied upon and again his control let him down at important moments but he did better than in previous matches.

We looked so much more comfortable once Lennon and Bale were on, even though oddly they swapped wings. Bale was on to help out Hutton, a good call from Harry, and to introduce the element of surprise. We didn’t need reminding how much we’ve missed him, but what a threat he is. Sandro and Jenas could potentially offer so much, particularly mobility and drive in midfield. JJ overstretched himself at times in the pursuit of possession. He did well but neglected his defensive duties. I would like to have seen him nestling close to the back four. Sandro  had a decent second half, more willing to come back into

the box to take decisive action. Both should not have needed the presumably harsh reminders from Harry to get going. From the first whistle next time. We had similar problems at Blackpool, though with different personeall. We looked a very different prospect there  after half time – I fear this is becoming a problem.

In an era when football and footballers are heavily criticised, the assured dignity with which Dean Richards’ memory was celebrated will live longer than the match itself. Thanks go to Wolves for organising this with such care and respect, and to fans of both sides who raised the rafters. My thoughts are with his family.

18 thoughts on “Hutton Causes The End of the Universe”