The team’s the thing. This season was always going to be about the manager, about how Andre Villas-Boas created something greater than the sum of its parts. That’s what he came with, his organisation and tactics to bring added value, his ambition to convince players that, like him, they could better themselves.

The men who came were cast in the same mould. Vertonghen, Dembele, Lloris, Sigurdsson, all skillful, technical players, all on the up, wanting to prove themselves at a high level, Caulker the same only promoted from within. More to come from Bale, Lennon and Sandro, all still to reach their peak.

But there were gaps. No Moutinho, the man our manager wanted above all else, only two strikers plus one opportunistic purchase in Dempsey. The season began in earnest when the summer window shut. Villas-Boas looked around at what he had, a fine team, decent squad, a wonderful club. He shrugged and told himself that’s good enough to be getting on with.

The die was cast. The January window was an irrelevance and always would be. We need a striker but top quality players are seldom available until the summer. Levy failed to produce a rabbit out of hat, or even a Rasiak or a Booth for that matter. Another body would have been something but I like to think we are beyond that now. The striker, the right striker, mobile, clever, aware, would inspire and energise the whole team. I was disappointed,  shrugged and told myself that’s good enough to be getting on with.

In the summer Daniel Levy did not fully back his manager in the market. He did spend a great deal of money but as I’ve said many times before, it’s less about the cash for Levy and more about value. Sure, he likes a bargain and the signing of Holtby could well be a masterstroke but like any good businessman he understands about an investment that matures over time. However, Levy waited to see how his new manager performed. Having had his fingers burned with his appointment of Hoddle, Santini and Ramos and probably tired of dealing with Redknapp’s demands for players, he decided to hang on. Hardly a ringing endorsement but the decision was made and we all got on with it. 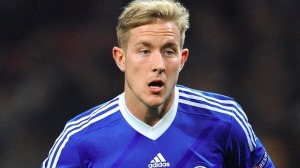 summer to spend big on two players and stretch rather than break our wage structure without dumping the prudent financial approach that has built a solid foundation for the future. We should have paid for another striker and the extra for the Moutinho deal. But this is now and this window was never going to make a significant difference.

We seemed to have made an effort but the fans will never know how hard we really tried. In our frustration, perspective is the first victim. I should know better but strayed onto Twitter as the window closed. The supposed Spurs fan who compared Levy unfavourably with Hitler because Hitler had the decency to kill himself needs to take a long, hard look deep inside their vile soul and sort himself out.

The reality is more straightforward. Clubs do not want to sell their best players. They can get another half-season from them.  They can plan for a replacement. If we are prepared to offer big bucks for Damiao, I’d hang on until the summer if I were his chairman because others might come in too. Nothing a chairman likes more than a bidding war for one of his players. If I were Damiao, I’d hang on for the same reason. And perish the thought that a Brazilian international might pause for a moment before coming 6000 miles from home to a club in a poor part of north London with a capacity of 36,800 not in the Champions League. Another target, Willan, did go – for £30m. Out of our league.

Never mind the ‘ifs’, what I am is fan who pays a hell of a lot of money to feed his passion. I am the most patient of individuals. A colleague once said to me, “The trouble with you, Alan, is that you see both sides of the argument.” She did not intend it as a  compliment. I will watch patiently as our destiny reveals itself and support Villas-Boas, who is doing a good job. But if even I can sense the frustration, others will express it more vehemently. There’s an undercurrent of exasperation amongst the supporters because we know better than anyone what those one or two players could achieve for our team. It’s expressed on the messageboards, on twitter and in the flat atmosphere at some games. You can’t keep asking the fans to pay through the nose and expect us meekly to toddle through the turnstiles and accept these big mistakes. Fans are loyal but not docile.

Leave me out of any debate that is polarisied between the so-called Levy lovers and Levy haters. I’m interested only in my club. Guess what, nobody gets everything right. Broadly I support Levy’s approach. His financial acumen has stabilised the club and we’re free of the dark shadow of debt that hangs over so many clubs but his choice of manager has not matched his accountancy skills. He’s helped to get us to where we are now but should have backed his man in the summer, and it’s a fatal flaw because I’ve written that same sentence for the last three summers. At the risk of repeating myself, in the summer the financial and footballing conditions were perfect to spend big on two top class players. Levy’s hesitation could cost us dear.

So here we are. Fourth place and exposed to a lack of striking options and injuries to our defensive midfielder. But the team is the thing and the task for Villas-Boas remains the same, to sort out the right formation, particularly in centre midfield where if we get it right, we can both protect the back four and get more goals.

Harry Kane. Or is it?

On the positive side, to be up there shows how well our Andre is doing with what he has. The dynamic between Dembele and Holtby is especially important. I’d try one up front and play both, see how that goes. It will give Lennon and Bale some freedom too. He also has to get the best from players, just as he did at the start of the season. Many have improved but Walker badly needs some defensive coaching and Caulker needs to progress. Kaboul soon? Hope so.

Yesterday we saw what Holtby can bring to the team, a whirlwind of a footballer so involved, surely we cloned him at half-time or brought on his identical twin. Talking of which, have we ever seen Lewis and Harry Kane on the same pitch…I don’t think so. He makes the runs from deep into the channels. which is where the damage is done, then drops back to break up  play. Goals can come from midfield not just strikers.

If we can’t get a striker, the next best thing is to play against ten men. That needless dismissal turned an even match in our favour. Kudos to Steve Clarke for not defending Popov in the slightest. Less kudos to the West Brom fans who barracked Walker for the sin of being spat at. Before that, our high line against two strikers eager to chase early long passes brought back uncomfortable reminders of last week.

It’s a good way to play against us but it also leaves space behind, and in Gareth Bale we have a world-class footballer waiting to take advantage. Playing inside with a starting position that was not too advanced, we had an extra man in the midfield even before the sending off. He had an outstandng game even by his standards, For younger Spurs fans, you have the chance to see your own legend in the making. You too will be able to tell tales to your grandchildren of one of Tottenham’s finest. A glorious winner, thumped left footed, but the abiding memory is that succession of weaving runs, slaloming through the defenders with the grace and power of an Olympic skier.

A good first half from Dembele, a good second from Parker, a good match from Lloris. We kept the ball well, kept it moving and in

the end our patience was rewarded.

One final thought from my straightforward world. If we can’t score as many as we would wish, we could get our points by decent defending. Blanket defence is not our thing but talk of tactics and organisation is not all about false nines, runs from deep and balls into channels. It’s about getting back behind the ball, about keeping it, about not over-committing. It’s about holding on to those precious goals when they come along. Over to you, Andre.

15 thoughts on “Windows and West Brom”